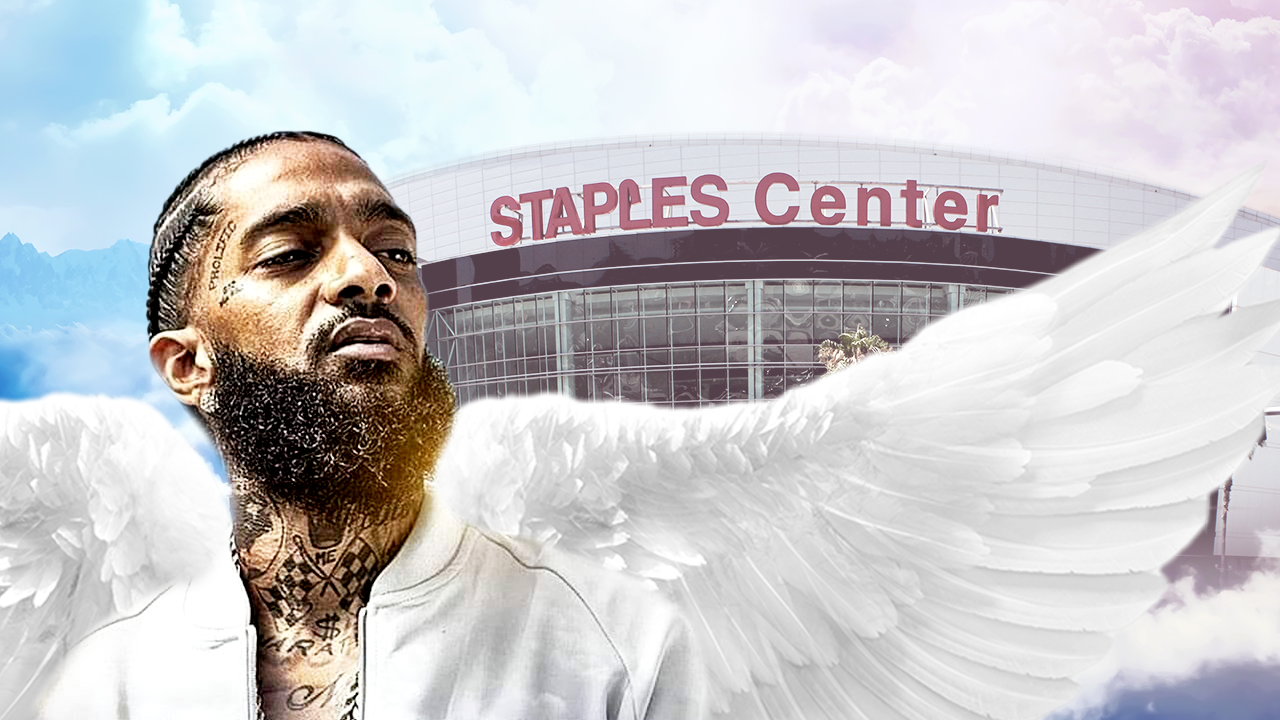 Free tickets for Nipsey Hussle’s public memorial service sold out quickly Tuesday morning, but scalpers are already trying to resell them for upwards of $400 dollars.

The memorial for the slain rapper will be held this Thursday at the Staples Center in Downtown Los Angeles, where fans, friends, and family members will come together and celebrate the life of the artist who was gunned down in South Los Angeles on March 31.

Tickets for the memorial were available only to California residents at 10 a.m. Tuesday on axs.com, with a four-ticket limit per person.

Resellers already had listings for the tickets posted on online marketplaces just about an hour after all the seats were claimed.

The company responsible for the authentic ticket distribution, AXS, told TMZ that they are cracking down on scalpers and counterfeit tickets. AXS said its tickets are being distributed exclusively via the company’s mobile app and are non-transferable.

Because the tickets can not actually be sold, Craigslist has been flagging and removing posts offering them up. Screenshots from Tuesday show that tickets on Craigslists were being offered for as much as $1000.

Meanwhile, according to the Los Angeles Times, other tickets were being offered on eBay for around $400. In the item description, the sellers even claimed that the buyers would receive their tickets by Wednesday.

In a statement to the LA Times, eBay confirmed that these listings violated a policy the company has against the sale of free tickets. It also violates what eBay calls its “human tragedy policy,” which prohibits sellers from profiting from tragedy or suffering.

“This listing is prohibited under eBay’s policies and did not end up as a successful transaction,” eBay said. “We’ve reached out to the seller to educate them regarding our policy.”

Although the exact number of tickets distributed has not been confirmed, the Staples Center houses 21,000 seats. In an effort to allow more fans and community members to pay their respects, Hussle’s family has organized one final “Victory Lap” for the star. Thursday’s memorial will be followed by a 25.5-mile funeral procession that will take place through Inglewood, South Los Angeles, and Watts.

In another effort to honor the slain rapper, Councilman Marqueece Harris-Dawson announced Tuesday that the Crenshaw Boulevard and West Slauson Avenue intersection will be renamed “Ermias ‘Nipsey Hussle’ Asghedom Square.”

See what others are saying: (The Los Angeles Times) (Complex) (TMZ)

Burger King New Zealand has removed a controversial new advertisement that was criticized as culturally insensitive on social media.

The fast-food chain released an ad for their new Vietnamese Sweet Chili Tendercrisp chicken sandwich, which featured customers attempting to eat the food with giant chopsticks.

An Instagram post with the ad also included a caption that read, “Take your taste buds all the way to Ho Chi Minh City with our Vietnamese Sweet Chili Tendercrisp, part of our Tastes of the World range. Available for a limited time only.”

A New Zealander of Korean descent, Maria Mo, took issue with the ad and tweeted out a screen recording of the clip along with a sarcastic note. “OK, coolcoolcool, chopsticks r HILARIOUS right omg etc,” she wrote.

In a message to HuffPost, Mo explained why she decided to call out Burger King for the ad saying, “Because I couldn’t believe such blatantly ignorant ads are still happening in 2019, it honestly took me a second to work out what the heck I was looking at.”

“[People of color] are constantly having to deal with microaggressions as well as outright hatred and it just never ends,” she added.

“The ad in question is insensitive and does not reflect our brand values regarding diversity and inclusion,” the company said in a statement following the backlash. “We have asked our franchisee in New Zealand to remove the ad immediately.”

In an interview with The New Zealand Heral, James Woodbridge, Burger King New Zealand’s general manager of marketing said, “We are truly sorry that the ad has appeared insensitive to our community.”

Still, not everyone found the ad offensive. In fact, many social media users came to Burger King’s defense and argued that people were overreacting.

It’s not racist. It’s just a joke…with the butt of the joke actually being westerners who are stereotyped as being bad with chopsticks and thinking they should always be used for any oriental food. One person complained and the company removed it. It’s utterly pathetic.

I’m Asian and honestly who cares. Why do we have to get sensitive about everything??? I doubt Burger King was trying to be racist when doing this and to me it doesn’t come off racist. It’s funny. Seriously…get over it whoever you are!

See what others are saying: (HuffPost) (Fox News) (Time) 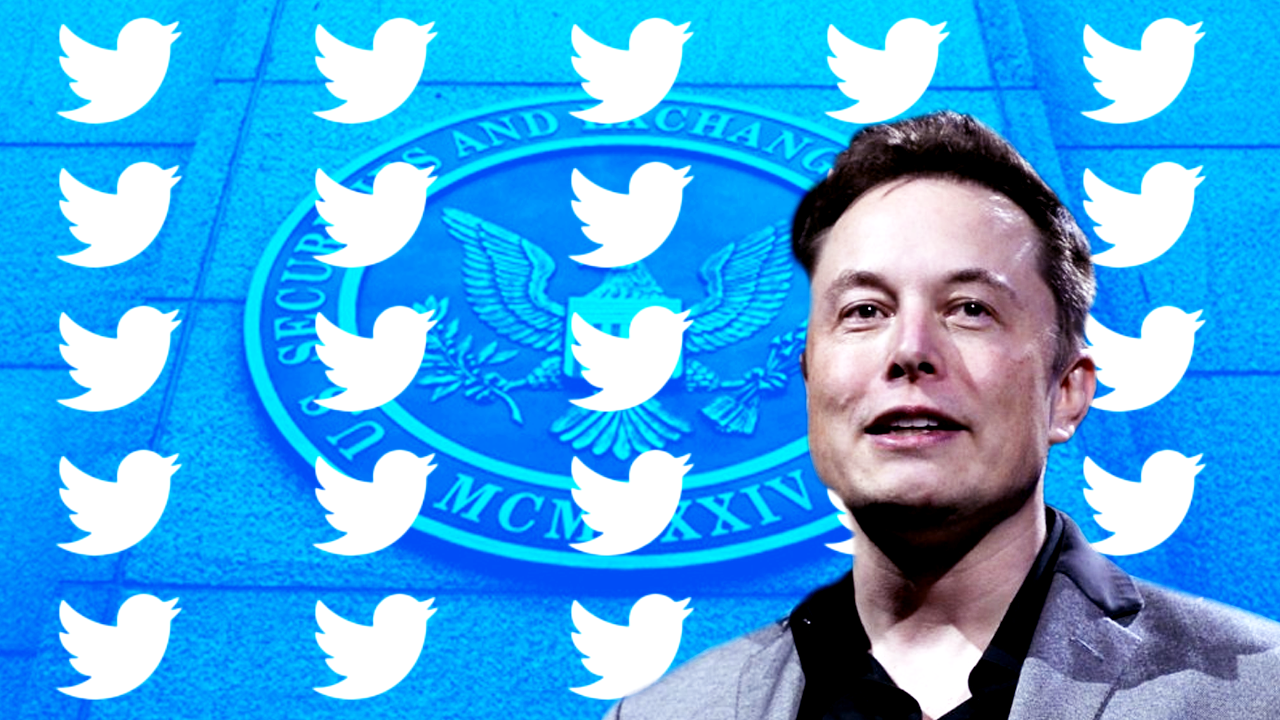 Tesla CEO Elon Musk called the Security and Exchange Commission “broken” on Twitter after they claimed he violated a previos settlement with a tweet.

On Monday, the SEC asked a federal judge to hold Musk in contempt for breaking a settlement deal. In October 2018, the SEC and Musk reached an agreement that states that Musk must have any social media posts that could contain information that might be materials for shareholders pre-approved before sending.

On February 19, Musk tweeted about Tesla, and followed up with a correction.

The SEC claims these tweets violate that settlement and said in their filing that the information was “inaccurate.”

“Musk did not seek or receive pre-approval prior to publishing this tweet, which was inaccurate and disseminated to over 24 million people,” the file reads. “Musk has thus violated the Court’s Final Judgment by engaging in the very conduct that the pre-approval provision of the Final Judgment was designed to prevent.”

Tesla confirmed that these tweets were not pre-approved, but also claimed that they did not have to be. The information that Musk tweeted was not new, and had been available to the public since the end of January in an earnings call. Because of this, they say Musk did not need approval.

Musk also said on a 60 Minutes interview in December that he does not usually have his tweets pre-approved and that he has no respect for the SEC. He claimed he only followed the rules of their settlement based on his respect for the Justice Department. The SEC referenced this in their filing against him.

On Monday, Musk used Twitter to attack the SEC for their decision. In response to a tweet that included screenshots of Musk giving the correct information on Tesla in a Fourth Quarter earnings call, Musk claims the SEC never read the transcript.

He also reiterated his support for the justice system.

On Tuesday morning, Tesla shares went down three percent in premarket trading.  He responded to an exchange on this matter by calling the SEC ”broken.”

He also responded “exactly” to a meme criticizing the SEC.

Musks Past Issues with the SEC and Future Ramifications

This is not the first time Musk has found himself in trouble with the SEC, specifically for his tweets. The commission previously tried to remove him from Tesla after tweets he sent about shares in August. They accused him of fraud and share price manipulation for making the information public.

They reached a settlement that allowed him to stay on as CEO, but he lost his chairman position. This settlement also created the mandate that his tweets need pre-approval.

Right now, the exact potential consequences of this filing are unclear. A federal judge in New York, U.S. District Judge Alison Nathan, said that Musk has until March 11 to explain why he should not be held in contempt.

According to Urska Velikonja, a professor at Georgetown Univerity Law Center, Musk could face fines up to $1,000 per day between when the court issued the order and when the court rules that he is in compliance.

Rebecca Roiphe, a professor at New York Law School, told the New York Times that this could also be a chance for the SEC to try to oust him from his CEO title again.