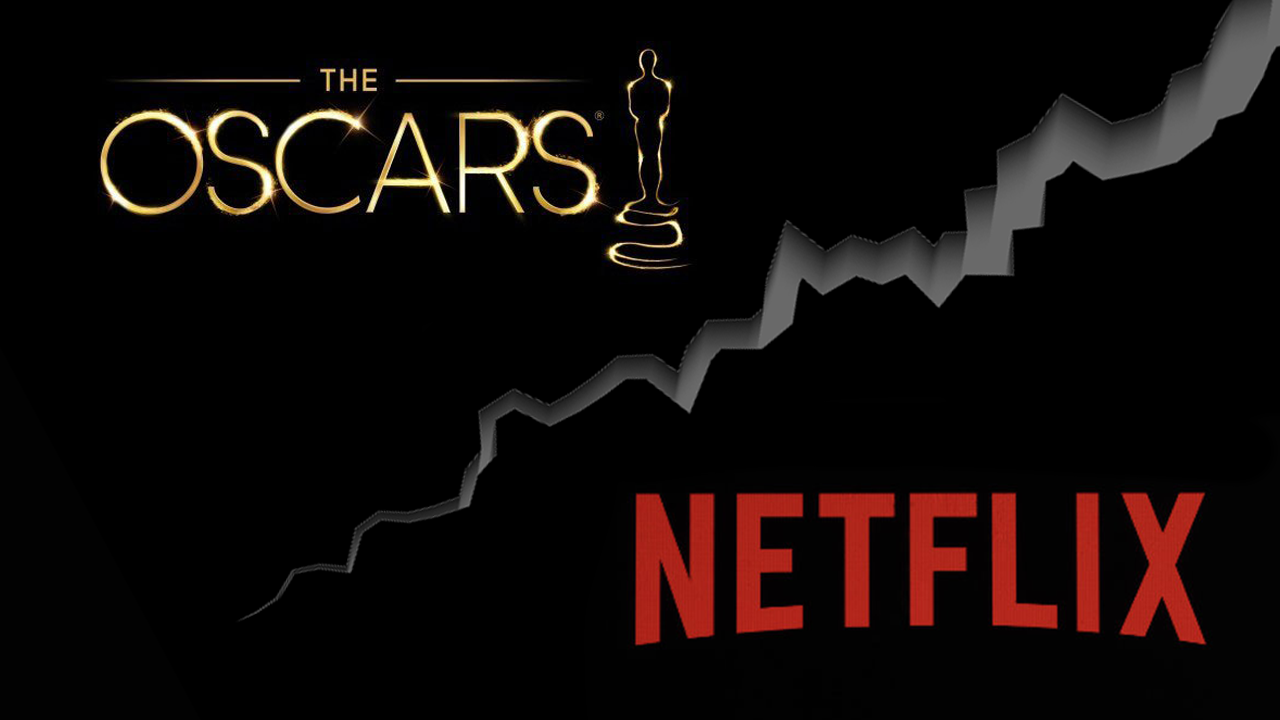 The Justice Department warned the Academy of Motion Picture Arts and Sciences that any attempts to prevent Netflix and other streaming services from receiving Oscar eligibility could be considered a violation of antitrust law.

Variety reported the news Tuesday, along with a copy of the DOJ’s message to Academy CEO Dawn Hudson. In the letter, dated March 21, 2019,  the DOJ’s Antitrust Division chief Makan Delrahim said he was concerned the new rules would be written in a way that would “suppress competition.”

“In the event that the Academy — an association that includes multiple competitors in its membership — establishes certain eligibility requirements for the Oscars that eliminate competition without procompetitive justification, such conduct may raise antitrust concerns,” Delrahim wrote.

Delrahim specifically says that a rule change like this could violate Section 1 of the Sherman Act, which “prohibits anticompetitive agreements among competitors.”

“Accordingly, agreements among competitors to exclude new competitors can violate the antitrust laws when their purpose or effect is to impede competition by goods or services that consumers purchase and enjoy but which threaten the profits of incumbent firms,” Delrahim wrote.

Delrahim’s warning follows reports that Steven Spielberg, an Academy board member, was preparing to propose a rule change that would stop films that debut on streaming services or have limited theatrical releases from obtaining Oscar consideration.

Spielberg has been vocal about his views on streaming services and Oscar eligibility. He told ITV News last year that Netflix and other streaming services have boosted the quality of television. However, he added, “Once you commit to a television format, you’re a TV movie. … If it’s a good show—deserve an Emmy, but not an Oscar.”

“I don’t believe films that are just given token qualifications in a couple of theaters for less than a week should qualify for the Academy Award nomination,” he continued.

Netflix in particular, grabbed a lot of attention at the Oscars this year with “Roma,” which won awards for best director, best foreign language film, and best cinematography. The company responded to word of potential rule changes on Twitter last month, without naming Speilberg.

According to Variety, an Academy spokesperson said, “We’ve received a letter from the Dept. of Justice and have responded accordingly.”

The spokesperson said that the Academy’s Board of Governors will meet on April 23 for its annual awards rules meeting. At that meeting, all branches will submit possible updates for consideration.

See what others are saying: (Variety) (The Wall Street Journal) (Rolling Stone) 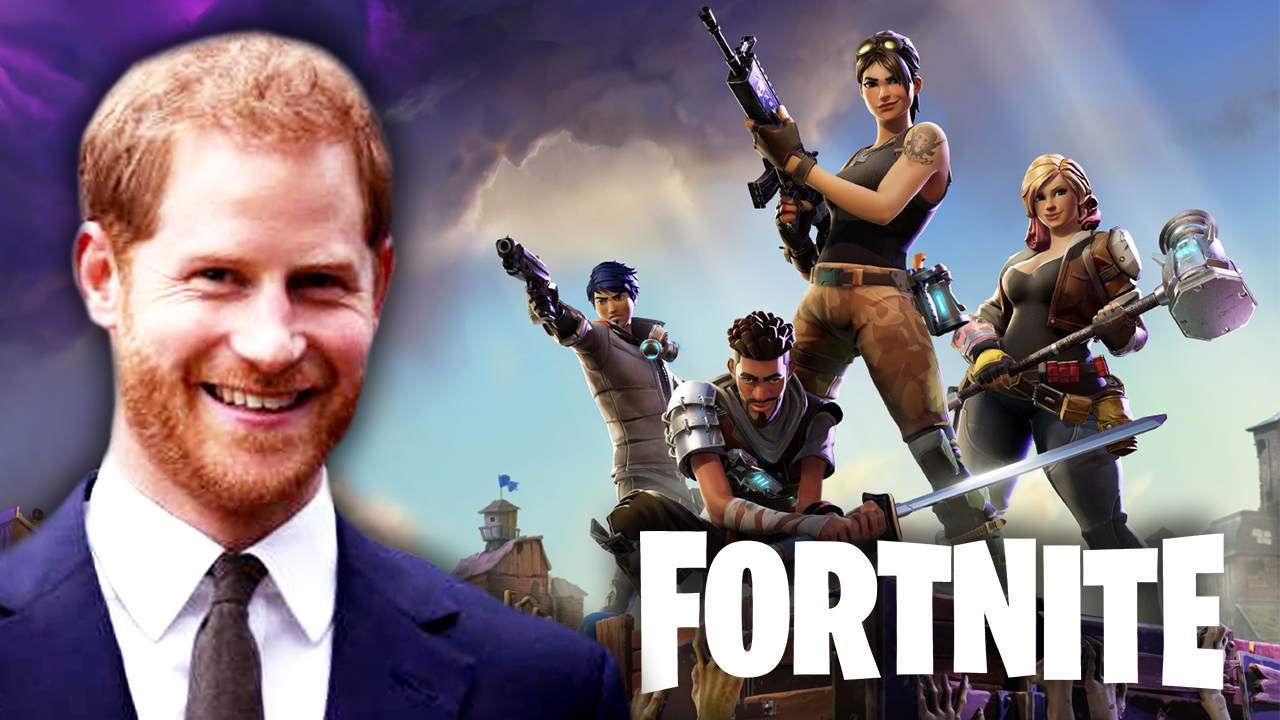 What Did Harry Say?

Prince Harry found himself of Twitter’s bad side this week over comments he made about the dangers of social media and the popular video game Fortnite.

The comments were made on Wednesday during Harry’s visit to the YMCA in London, where he met with mental health organizations working with teens and young adults. At the conference, he said, “Growing up in today’s world, social media is more addictive than drugs and alcohol.”

“Yet it’s more dangerous because it’s normalized and there are no restrictions to it. We are in a mind-altering time,” he added.

Along with his comments about social media, Harry also angered Fortnite fans by saying, “A game like Fortnite, for instance, may not be so good for children.”

“Parents have got their hands up—they don’t know what to do about it. It’s like waiting for the damage to be done and kids turning up on your doorsteps and families being broken. That game shouldn’t be allowed. Where is the having it in your household? It’s created to , an addiction to keep you in front of a computer for as long as possible. It’s so irresponsible.”

The topic of video game addiction is not new by any means. Just last year, the World Health Organization added “gaming disorder” to the list of mental health conditions in its International Classification of Diseases. The listing was added in an effort to help clinical professionals define the point at which the hobby of playing video games becomes an issue.

The ICD defines the disorder as “pattern of gaming behavior characterized by impaired control over gaming, increasing priority given to gaming over other activities to the extent that gaming takes precedence over other interests and daily activities, and continuation or escalation of gaming despite the occurrence of negative consequences.”

For gaming disorder to be diagnosed, the behavior pattern must be clear for at least one year and must be “of sufficient severity to result in significant impairment in personal, family, social, educational, occupational or other important areas of functioning,” according to the definition.

However, the WHO did note that studies “suggest that gaming disorder affects only a small proportion of people who engage in digital- or video-gaming activities.”

Because of its massive popularity, Fornite has become the face of the conversation around gaming addiction in recent months. Earlier this month, a doctor made headlines for prescribing an 11-year-old boy a two-week ban from computer games like Fornite and Minecraft.

According to Divorce Online, a U.K. company that offers divorce services and resources, 200 divorces in the UK from January to September 2018 mentioned addiction to Fortnite and other online games as one of the reasons behind their relationship breakdown.

However, not all researchers believe the game is addictive. Andrew Reid, a doctoral researcher of serious games at Glasgow Caledonian University, told the BBC that people found the game hard to stop playing, but he warned against using the term “addictive.”

Reid argued that using that term could stigmatize regular video game players. He also added that some research showed “positive characteristics of play.”

Social media users did not react well to Harry’s claims. Many also found the timing to be odd since Harry had just joined Instagram a day earlier.

On Tuesday, Kensington Palace announced it had launched a verified Instagram account, under the handle @sussexroyal, on behalf of the Duke and Duchess of Sussex. That account went on to break a world record for grabbing 1 million followers in the fastest amount of time, five hours and 45 minutes, according to Guinness World Records.

See what others are saying: (PC Games) (BBC) (The Independent) 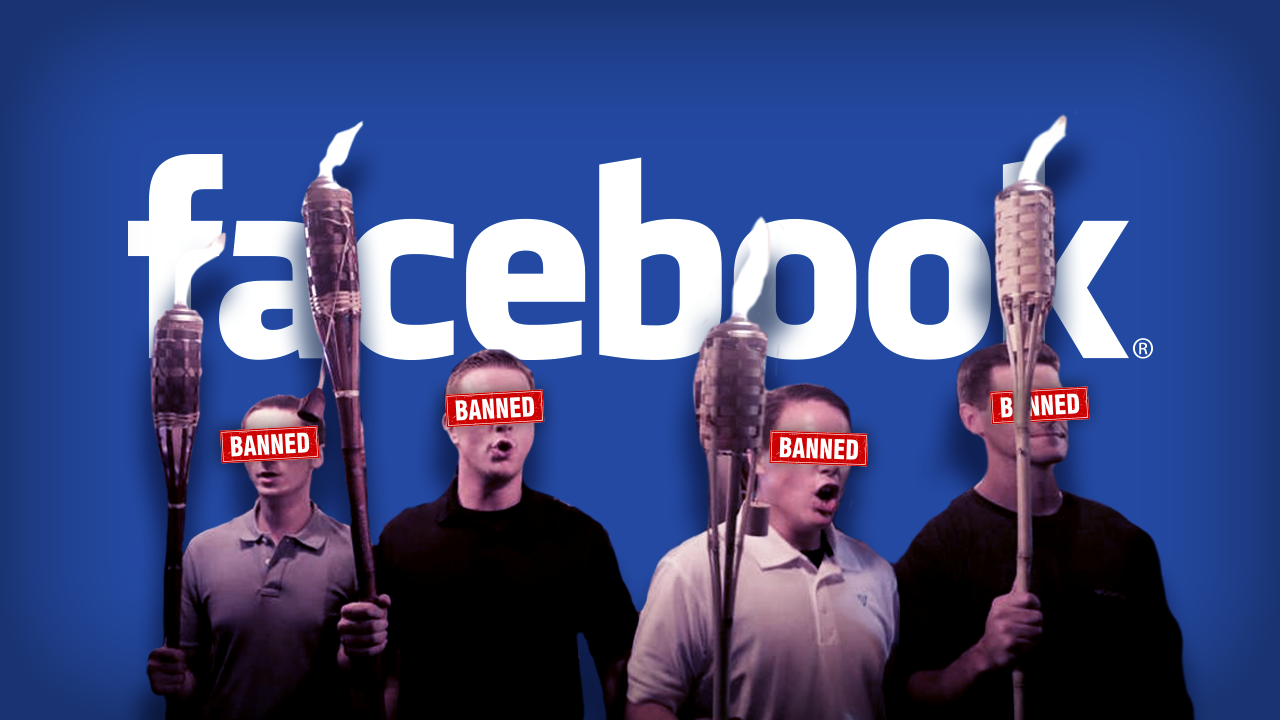 A post, titled “Standing Against Hate,” informed users that the policy will take effect starting next week on both Facebook and Instagram. In it, the company acknowledged that other forms of hate speech, like white supremacy, were already not allowed. However, they explained that they previously viewed white nationalism and separatism differently.

“Our policies have long prohibited hateful treatment of people based on characteristics such as race, ethnicity or religion — and that has always included white supremacy,” the post read. “We didn’t originally apply the same rationale to expressions of white nationalism and white separatism because we were thinking about broader concepts of nationalism and separatism — things like American pride and Basque separatism, which are an important part of people’s identity.”

According to the post, the company has spent the last several months speaking with organizations, academics, and other experts on race relations, who all said that the ideologies behind white nationalism and separatism were tied closely to white supremacy. and that a line can’t be truly drawn between them. This implored Facebook to change their policy.

“Going forward, while people will still be able to demonstrate pride in their ethnic heritage, we will not tolerate praise or support for white nationalism and white separatism,” the company said in their post.

In addition this, the tech giant claimed it is also working on its speed and efficiency when it comes to removing hateful content. They also said that any search on white nationalism will link the user to Life After Hate, an organization founded by former extremists that provides outreach, education, and crisis intervention.

In the past, Facebook has received no shortage of criticism for the way it monitors hate speech. In 2018, Motherboard leaked Facebook’s training documents on their hate speech policies. Those documents specifically okayed white nationalism and separatism, while drawing a line at white supremacy. Many civil rights groups disagreed with this, likely leading the company to start the discussions that lead to Wednesday’s policy update.

While they didn’t mention it in their post, the timing of this announcement also follows the recent tragedy in New Zealand that left 50 dead. In that attack, a gunman used Facebook to stream himself killing people inside two mosques. The gunman was identified as a white nationalist, and after this incident many called for Facebook to do more about the hateful and harmful rhetoric on its site.

What Do People Think About This?

Their decision has been met with as much praise as it has skepticism.

New Zealand’s Prime Minister, Jacinda Ardern, called it “positive” in a press conference, while also noting that these ideas have always been hate speech.

“Arguably these categories should always fall within the community guidelines of hate speech,” Ardern said. “But nevertheless it’s positive the clarification has now been made in the wake of the attack in Christchurch.”

Kristen Clarke, the President of the National Lawyers’ Committee for Civil Rights Under Law, an organization that lobbied Facebook on the matter, congratulated the company in a tweet, calling it an “important victory.”

On the other side, Vera Eidelman, an attorney for the ACLU, thinks Facebook has the right sentiment, but is concerned about potential unintended consequences, telling NPR:

“White supremacist, nationalist and separatist views are repugnant, and Facebook as a private company is well within its rights to remove such hate and bigotry from its platform,” Eidelman wrote to NPR.

“In its attempts to police the speech of over two billion people, Facebook runs the risk of censoring those that attack white nationalism, too. Further, every time Facebook makes the choice to remove content, a single company is exercising an unchecked power to silence individuals and remove them from what has become an indispensable platform.”

See What Others Are Saying: (NPR) (Technology Review) (Vox) 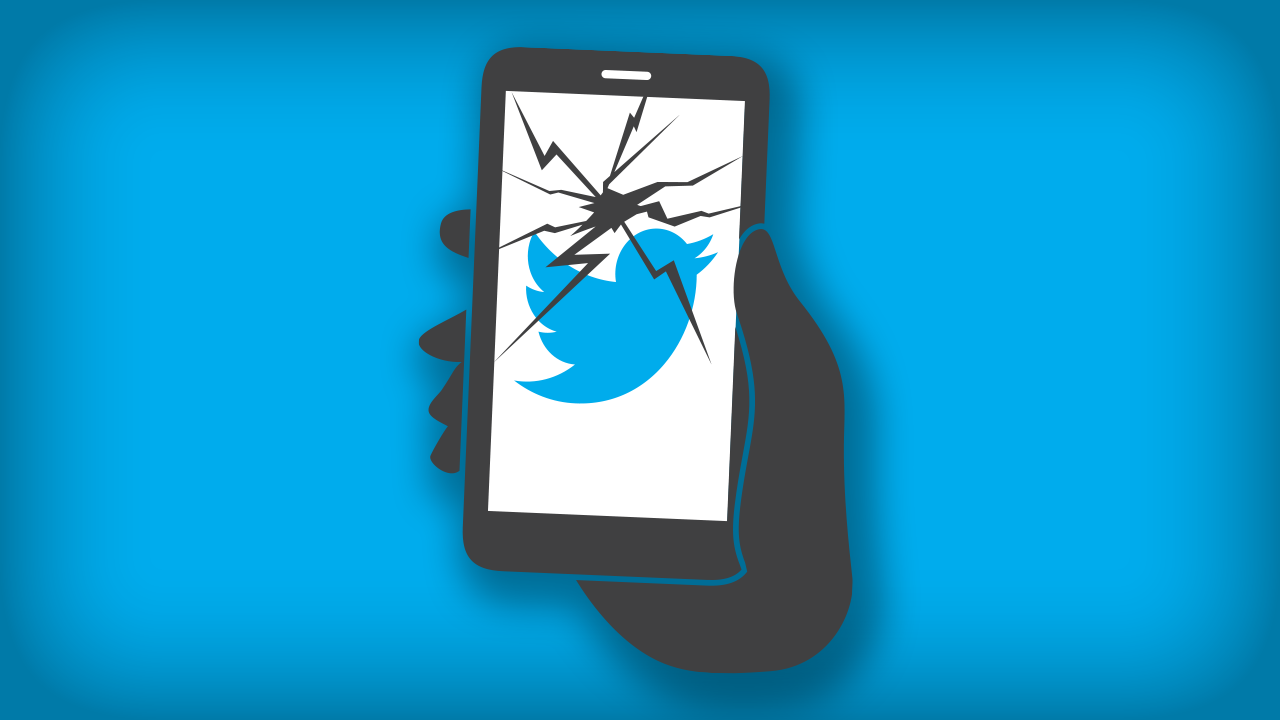 Twitter users are being fooled into locking themselves out of their own accounts thanks to a viral new prank.

The trick gets people to change their birthday to the year 2007 by making them think this will give them new color scheme options.

If you change your birthday to 2007, you’ll be changing your age to 12. Since Twitter requires users to be above the age of 13, you’ll basically be locking yourself out of your own account.

Twitter even had to issue a statement on Wednesday warning users not to fall for the prank.

Already Fell For It?

If you fell for the prank, it looks like you’re not alone.

See what others are saying: (The Verge) (Life Hacker) (Mashable)